Disclosure: As an Amazon Associate I earn from qualifying purchases. My post may contain affiliate links. When you order some products via these affiliate links, I get a commission just from Amazon Company. Thanks for interest to my site! 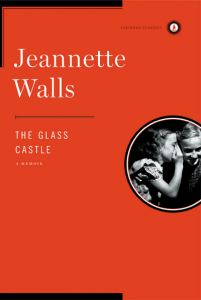 The book is not new. The Glass Castle by Jeannette Walls was edited in 2005 and turned out to be a bestseller. In 2007, the novel had the second round of popularity thanks to the release of a motion picture based on the book, starring Brie Larson, Woody Harrelson, and Naomi Watts.

This memoir is a family saga and a true story that portrays relationships between difficult parents and their children.

BooKKooks offers The Glass Castle book review and informs you in advance that the story has a happy ending (spoiler).

If you have no time to read all newly published books, read a We Were the Lucky Ones review that gives a quick analysis of one more bestseller. The story describes life challenges of a Jewish family during World War II. 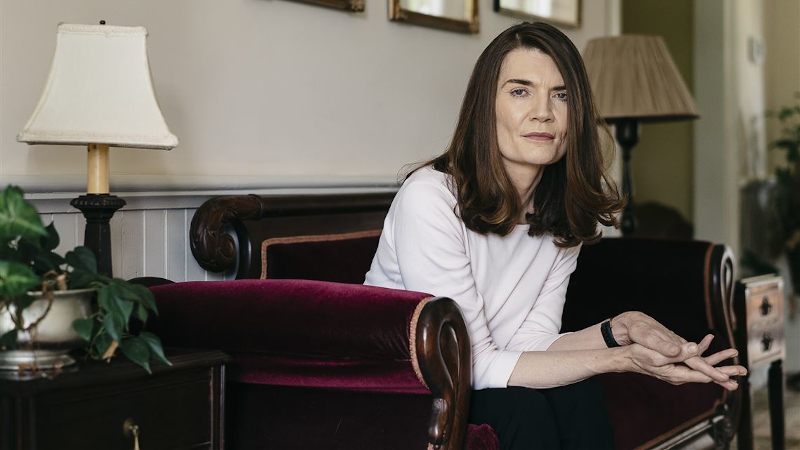 The Glass Castle belongs to a nonfiction genre and narrates about growing up children in the Walls family. The author depicts her actual parents – a pair of eccentrics with their own vision of raising their offspring.

Jeannette and her siblings supported each other and raised themselves on their own. They had to withstand the torture of the local kids for their outsider oddness, forming a little tribe to protect the weakest link.

The author recounts her own childhood with shocking truth and realistic details. The novel reminds a catalog of nightmares with lots of thrilling episodes. The plot summary looks as follows.

The parents of Jeannette were two unforgettable but neglectful and nomadic characters. Her father Rex was not only a brilliant man and a would-be inventor but also an alcoholic who couldn’t find a job as a mining engineer.

Their family was always on the move and lived in numerous coal-dusted mining towns where all major events took place. That was a common practice for them to leave the house in the middle of the night to escape debt collectors and lawmen. On the other hand, Rex had charisma and charm, he was gifted and creative. He had a storytelling knack and often made empty promises. For example, he promised to build a glass castle (as the title says) for his family. Even with the blueprints in hand, he had no money to make the dream come true. The author uses symbolism where a building of glass means a fanciful construct just like the parents who were unsuited and ill-equipped to bring up kids. 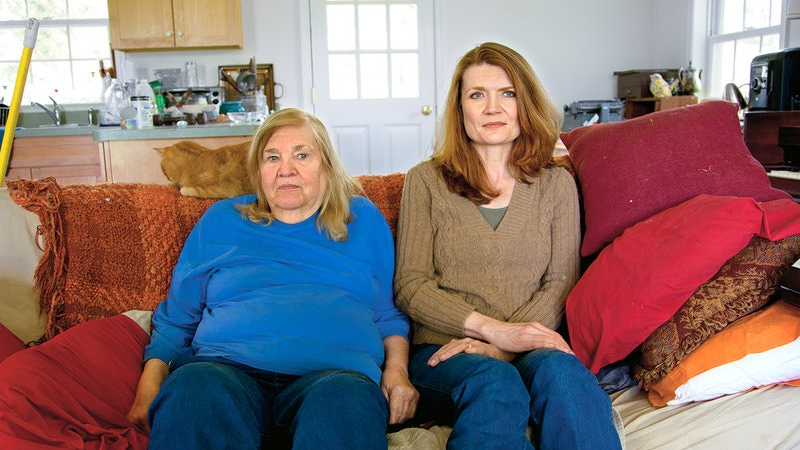 Rose Mary, their mother, was both a victim and an agent of abuse. She had a degree in teaching, but she didn’t work. The woman was a self-absorbed art fanatic and sat home painting all day.

The main idea of their parenting was that suffering immunizes your soul and body. They ignored kids when they cried, got hurt, or needed help. A lot of scenes proved that: when a scorpion bit one daughter, and another was once burnt while cooking and accidentally left in a desert. These people led their children from catastrophe to catastrophe.

Jeanette had a brother and two sisters. Many pages were dedicated to how they survived and struggled. They spent their childhood starving and often were eating out of school trash cans. They lived in an unfurnished house and sold old cans and bottles to earn money. When they had holes in their clothes, they painted their skin so that the holes didn’t show. Jeannette even tried to make her own teeth braces when she heard how much orthodontic treatment cost.

Their childhood was not happy with the parents who told them that Santa Claus was not real. Their father gave each kid a star in the Arizona night sky as a Christmas present and once set the Christmas tree on fire. He taught them how to fire a pistol and throw a knife and that drinking ditchwater had health advantages. Their grandma Erma was the same type, full of hatred for the kids.

Despite those awful living conditions and a lack of parental attention, the kids did well in life. They didn’t lose faith and tried to find positive moments in every calamity, as they learned Spanish for free from their noisy Spanish neighbors.

This is a synopsis of the book. What happens at the end? One by one, the kids escaped to New York and eventually prospered. Their homeless parents liked nonconformity and refused to accept charity and to go on welfare. They remained living in an abandoned building in Manhattan.

If you are bored and want to hit a nerve, see this selection of the best Stephen King books. His thrilling stories will make you feel alive again. 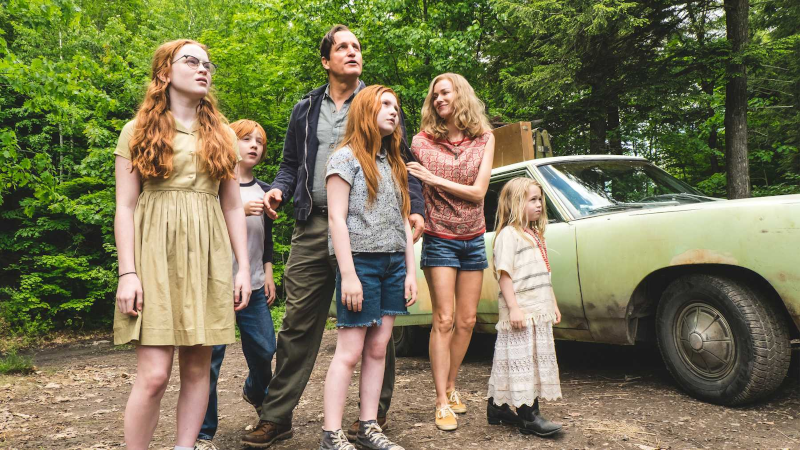 This heartbreaking story has been warmly accepted by literary critics and publishers and deeply affected readers, making it a triumph. The New York Times called it a good memoir, which, however, falls short of being art.

The book has become an international bestseller and was translated into 23 languages. In most high schools, it is included in student reading lists. The novel is calculated for adult readers because some protagonists use foul language, and it contains scenes of sexual harassment and abuse.

Some experts often compare The Glass Castle with watching a train crash: the scene is both horrible and exciting when you can’t look away. The author gives meticulous details and vivid descriptions of each character and place, so the readers feel as if they were actually present there.

Walls, who wrote The Silver Star and Half Broke Horses as well, is more famous thanks to this memoir.

The Glass Castle was first published in 2005 by Scribner, a trademark of Simon & Schuster publishers. That year, it was ranked as The New York Times Notable Book of the Year. For more than 6 years, it has spent on The New York Times best-selling list.

In 2006, it won the YALSA Alex Award and Christopher Award for Adult Books.

You can also listen to an audio book read by the author. 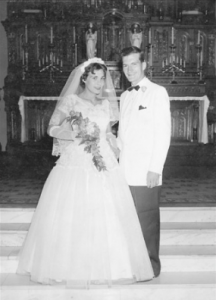 The book is a hardcover with 288 pages. Its dimensions are 6 x 1 x 9 inches, and the weight is 1 pound. This piece of writing is portrait-oriented.

The red cover of the book features a circle with 2 little kids inside where one of them is whispering something in the ear of the other one.

The book contains no pictures, but the first page includes a photo of Walls’ parents on their wedding day, both beautiful and happily smiling.

Each chapter starts from a new page, and a separate page is dedicated to the number and title of the chapter.

How long does it take to read the book? This depends on your reading level, but usually, an average person spends 6 hours with the reading speed of 250 words per minute. The novel word count is 90,625 words.

The story is captivating and sends a positive message to the readers: don’t blame other people, set your own goal and move on. The analysis of the readers’ reviews shows that some people find the book depressive and emotionless. They think this story cannot help survivors of abuse. In her childhood, Jeannette survived fire, poverty, and starvation, but she described that time period as an adventure that in fact was not. It seems that the author finds this fascinating and presents like literary fiction depicting home conflicts with comic and irony. People who have ever experienced violence don’t find it entertaining.

Whatever the negative reviews report, the book is well written. The author plays with the readers’ emotions, making them both love and hate her characters. The tale will touch your heartstrings because it arises eternal questions as to what love is and what the meaning of home is. Walls draws attention to important themes and social issues.

In addition, the novel highlights the importance of charity and high school programs that help students give a start in life. This is a good read and worth your time. BooKKooks recommends this novel because it will affirm your faith in the human spirit.

What is the sense of our life and how to find spiritual survival in suffering? Viktor Frankl gives answers in his Man’s Search for Meaning book.