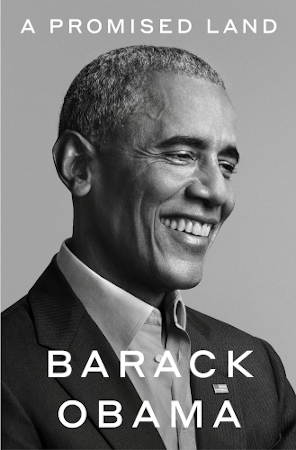 Barack Obama is the first black man ever elected president of the United States. He was the 44th U.S. President and served 2 presidential terms. He won the Nobel Peace Prize for strengthening international diplomacy. Read an honest and plainspoken story at first hand, starting from Barack’s childhood to his president’s chair.

Barack Obama began his literary career 25 years ago. In his early 30s, he recalled his youth struggles in Dreams from My Father (1995), and then in his 40s, he talked about his political ambitions in The Audacity of Hope (2006). Both books have become bestsellers.

Now, he approaches 60 and publishes his third book A Promised Land, which is the first volume of the expected presidential series. Almost every American president released a memoir after leaving the White House. It took Barack over 3 years to write his memoir. This is not surprising since the book is pretty bulky.

Read the Fear: Trump in the White House review that outlines one of the most sensational and discussed books about the U.S. administration. It is your right whether to believe in the facts described in this bestseller or not.

Here is a brief synopsis of A Promised Land from BooKKooks. In the book, the author recounts how his dreams came true in 2008 when he became the president and the first 2.5 years after he was elected.

Obama is rather frank and shares his real thoughts on certain events. Even if you have never got super involved in politics, this book will capture you with vivid descriptions and humor. If you want to know what is happening behind the scenes, read it.

In the memoir, the author describes his political rise, presidential campaign, and his achievements for 30 months in office. Chronologically, he starts his journey as a young student from Hawaii, then continues as an applicant of Harvard University, and at last finishes as a host of the White House. He talks about Iraq, healthcare reforms, financial crises, and many other issues.

Readers will see an intelligent, humble, and morally upright person and a caring family man with his joys, challenges, and complications while working within the current political structure.

For 3 consecutive weeks, A Promised Land book has been the New York Times Bestseller and the Publishers Weekly Number One Bestseller. It is named one of the best books of the year and has become the 2020 Goodreads Choice Awards winner.

Several British newspapers such as The Observer, The Times, and The Independent published positive reviews of the memoir.

Multiple periodicals state that the work is beautifully and elegantly written and full of unusual self-criticism.

The book was released right after the national elections on November 17, 2020. It was published in the USA and Canada. The publisher is Crown Publishing Group. The memoir was translated into more than 20 languages.

This selection of good chess books for intermediate players will help you improve your game skills. Get priceless knowledge and practical advice from world-famous coaches! 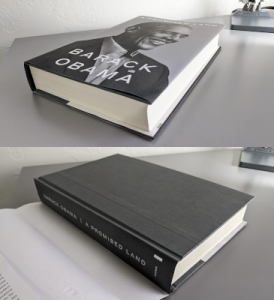 The book is a hardcover, which is super heavy since it comprises more than 700 pages. It is also available as an audiobook and in a digital format that can be found online. You can easily switch to an eBook because it is not quite comfortable to hold the volume in your hands. The full audio version read by Barack Obama himself runs for 28 hours.

The book has a preface and consists of 7 parts, with each of them divided into chapters. It comes with beautiful photographs. The cover portrays a smiling president’s face performed in black-and-white. The text is portrait-oriented.

The read is very captivating and exciting. The book has received favorable reviews from critics and average readers. The leading American newspapers and magazines called Obama a gifted writer and reviewed his work as a top-notch political memoir.

Though, there are some points in A Promised Land that caused controversies in other countries. The memoir includes some parts where Obama shares his opinion about world political leaders. He is quite harsh in commenting. It is obvious that the author tried to be honest and wanted to present the facts without filters. However, some of his conclusions were based on rumors, which is sad to see from a man of his stature.

Multiple readers complained about the book’s length and excessive background information. Some critics say that at times it can get monotonous.

On the whole, the book is worth your time, and BooKKooks can recommend A Promised Land for reading.

Other Books Written by US Presidents That Worth Your Attention

Also, see the best Edgar Rice Burroughs books, which still inspire film directors and artists to use his characters in their works. Discover adventures of Tarzan and an odyssey of John Carter, and travel to the Earth’s core with the help of the Prospector.