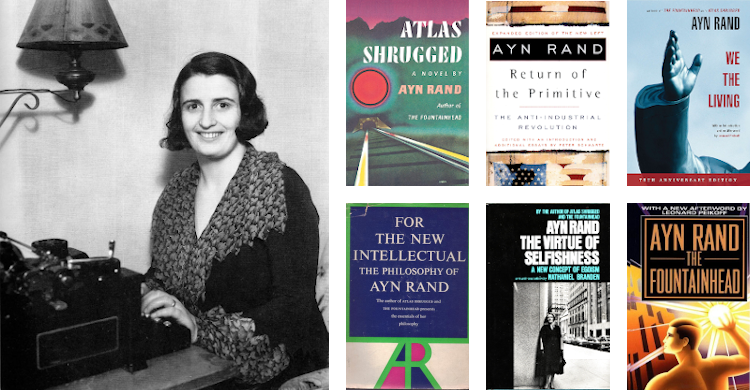 Ayn Rand is a literary name of a famous American writer who was born in Russia (Alisa Zinovyevna Rosenbaum) and moved to Chicago at the age of 21. She is known for creating her own philosophic system she called Objectivism, or “a philosophy for living on earth.” What is the theme of her works? All fiction and non-fiction books she wrote are revolving around this topic proclaiming her ideas.

In this review, check the list of the best Ayn Rand books that range from the top-selling and highly-rated by readers to less popular works. The author supported ethical egoism, defended capitalism, rejected religion and faith, and opposed collectivism. Most literary critics find her philosophic principles provocative and groundless. Read the post to decide if you share these ideas or not.

Readers who like to collect books need a proper bookcase to accommodate their treasures. Discover a list of the best bookcases for home library made of wood, MDF, and other materials. All units are unique and look eye-catching. 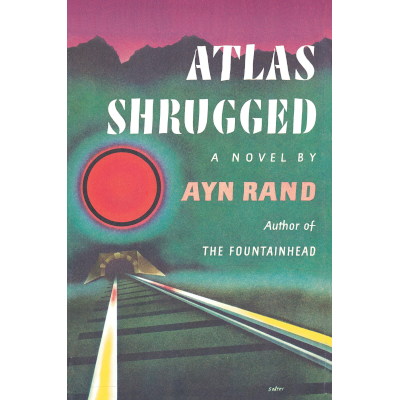 Atlas Shrugged is one of the prominent Rand’s books, in which she reveals her groundbreaking philosophical ideals (Objectivism). The novel has become an international bestseller despite multiple negative reviews. First published in 1957, the book focuses on the idea that nature favors individual selfishness, while compassion and cooperation are needless notions that hinder any progress. This novel marked the end of Rand’s career as a novelist and the beginning as a philosopher.

The book portrays the dystopian United States where the main character John Galt goes on strike with scientists, artists, and creative industrialists who’ve joined him. This group of people builds an independent economy in a mountainous hideaway as opposed to a state government. This strike can stop the motor of the world because the greatest minds are withdrawn. The author tries to illustrate that the mind plays a major role in human existence. 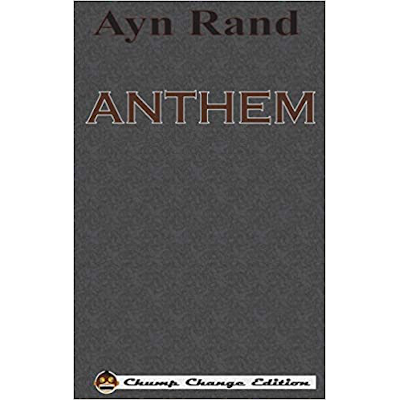 Anthem is the author’s reaction to the collectivist system dominant in the Soviet Union, where Rand was born. This dystopian fiction novella is a baby version of Rand’s philosophy of Objectivism and a predecessor to her later novels.

The action takes place in an unspecified frightening future when mankind enters a dark age. In this apocalyptic chaos ruled by collectivist thoughts, individuals have no names, value, and independence. They are not allowed to think, read, and even choose their occupation. Individuality is prohibited, and the government oppresses any form of freedom.

Despite this restrictive environment, a young man (known as Equality 7-2521) dares to stand apart and rebels by doing secret scientific research (he makes a device that conducts electricity). He wants to choose and think for himself. Though being intelligent, he works as a street sweeper. When his secret activity is discovered, he escapes with the girl he loves. They both want to establish a new society based on individualism because they understand that “I” is more powerful than “we.” 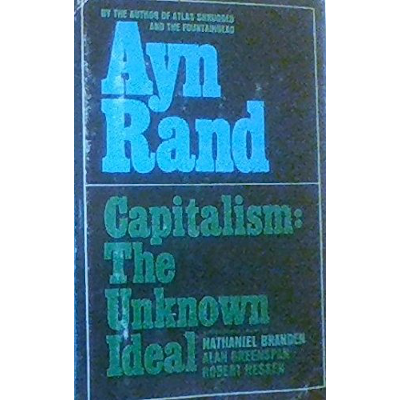 The book is a collection of essays, where most articles are written by Ayn Rand, and a few are penned by younger writers (Nathaniel Branden, Alan Greenspan, and Robert Hessen). All articles are good and go well with the overall idea.

The author’s contribution to the defense of capitalism is huge, and she puts forward well-formed arguments. In fact, economics is not an entertaining topic, but the authors managed to make an interesting read.

Rand proves that the economic system that she offers protects individualism, personal property, and political freedom. She thinks that the current collapse in the modern world is caused by a flood of altruism. The author ponders over the causes of war, the persecution of big business, and the default of conservatism. She insists that the United States is becoming too socialist.

The book is provocative, and some readers call it “economics in one lesson.” However, true economists don’t advise consulting Ayn Rand’s books because she is not an expert in economics and not interested in the scientific truth.

Pros
Cons
John Grisham is one of the bestselling U.S. authors who has become popular due to its legal thrillers. His books are sold in millions of copies. A lot of his works were filmed, and you have probably watched them. If you are not familiar with his works yet, here is a list of the top John Grisham books.

The Return of the Primitive: The Anti-Industrial Revolution 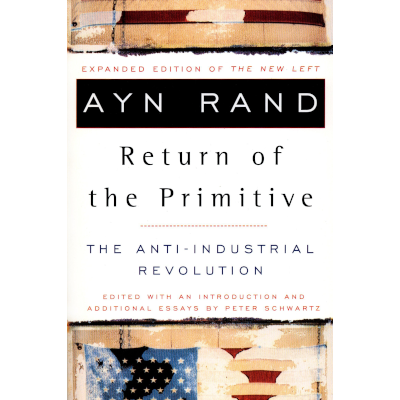 The book is an expanded version of The New Left. This is a collection of 12 Rand’s essays supplemented by 3 articles written by her disciple and editor Peter Schwartz.

The authors criticize this social movement (the New Left) that appeared in the 60s-70s and consider it anti-human. Environmentalists and hippies got most of the criticism in the book as people who place human lives below nature. Rand urges people to reject nihilism and uphold a philosophy of individualism and technological progress. In her analyses, Rand proves that the animal, primitive side of human nature is tearing down the modern civilization and undermines universal family values like honesty, self-discipline, mutual respect, moral reasoning, etc.

This movement has no constructive goals and wants to create an Edenic collectivist paradise. The author is sure that these people offer no opportunity to raise socioeconomic status but want to destroy the financial structures of the modern world. Their dangerous legacy can return mankind to the era of primitivism.

We the Living (75th-Anniversary Deluxe Edition) 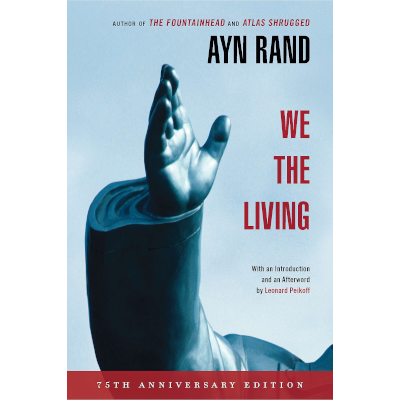 This is the first Rand’s novel published in the USA in 1936. It took her 6 years to complete it. The book portrays the life of people in the turbulent years of Soviet Russia after the Bolshevik Revolution and its impact on 3 central characters.

The dramatic story revolves around Kira, a young daughter in an upper-class family in Petrograd, Russia (her father owned a factory). She wants to become an engineer in the new Soviet environment. The girl falls in love with a former aristocrat Leo, but Andrei, a Soviet soldier and a GPU agent, falls in love with her, too.

This love triangle is severely affected by the political scenario in Russia. This is the central conflict of the plot shown on the ugly political background. Ayn Rand portrays the horrors people experienced after the Revolution under the Soviet regime, where freedom and individualism were crushed and forced to serve collectivism.

The story reminded readers of Rand’s own life, but the author stated that it was not her biography.

The Virtue of Selfishness: Novel 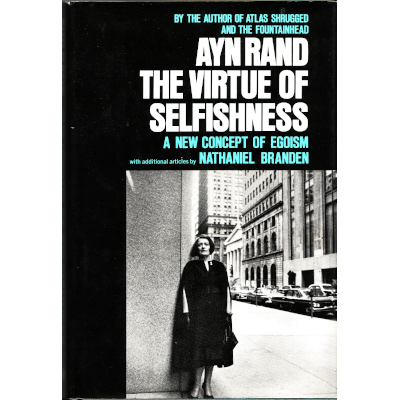 This is another book from Ayn Rand where the author sets forth the principles of Objectivism, her own philosophic idea and concept of life based on reason and rational thinking. She denies altruism because it is incompatible with human nature. The author’s principles are diametrically opposed to some Christian beliefs because Rand proclaims selfishness as a virtue.

The book is worth reading even if you don’t entirely agree with the author’s point of view. The controversies she aroused were used by the author as tactics to provoke readers to think thoroughly and react deliberately.

Pros
Cons
Rupi Kaur is a Canadian writer who easily finds a connection with readers by understanding their problems. In the Milk and Honey book review, you’ll find an explanation of how the writer can find the right way to people’s hearts and transform sorrows into something beautiful.

Philosophy: Who Needs It 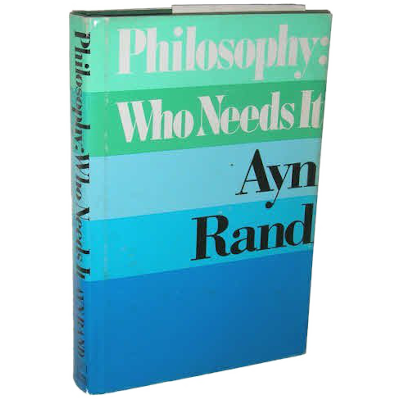 The book is a collection of essays where Rand summarizes her philosophical views, argues for rationality, and brings up her Objectivism philosophy. This is the last author’s work that was planned before her death in 1982.

The essays in the book portray issues such as morality, education, censorship, and other important things to show that the author’s philosophical principles can be found in people’s everyday life.

The ideology revealed in Rand’s lectures is a mixture of thoughts rendered by the oldest and contemporary philosophers like Aristotle, Nietzsche, and Schopenhauer. She considers altruism the root of all evil in the modern world and encourages people to be self-oriented and pursue their own goals in life.

For the New Intellectual (The Philosophy of Ayn Rand) 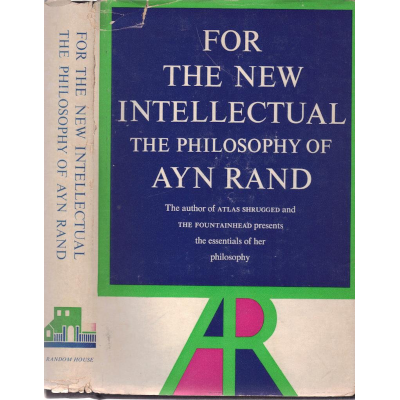 This book features excerpts from Rand’s other books (selections from her 4 fiction novels). It gives a general layout and a brief summary of the writer’s philosophy – Objectivism. The book is good for beginners and allows readers to grasp the basic precepts. If you like this philosophical doctrine, you can move on to her full-size fiction offerings.

The author is one of the most controversial figures on the intellectual scene who stands in favor of individualism and capitalism and argues about morality and whether it should be. She is in sharp opposition to self-sacrifice and the ethics of altruism. 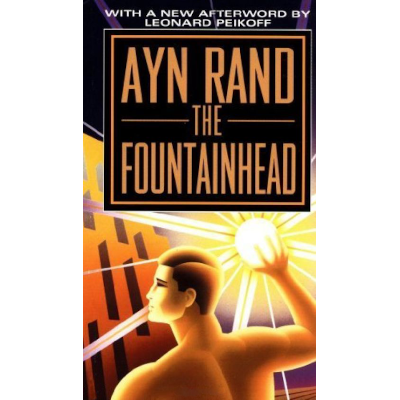 The Fountainhead, a philosophical and romantic novel first published in 1943, brought Rand the first major success. It took her 7 years to write it. The novel’s protagonist is a young architect (Howard Roark), who designs modernist buildings and doesn’t want to compromise with an architectural establishment that refuses to accept innovations. This character embodies Rand’s ideal, and his struggles against collectivism and conventional standards reflect the author’s belief that individualism is superior.

After publication, the novel and Rand’s innovative philosophy won worldwide acclaim and interest. Still, most critics cannot call her a true philosopher and consider that her novels sound like lessons of her philosophical principles.

Discover some interesting and unknown facts about Ayn Rand and the above-chosen selection of books:

The cool Microsun lamps review is written for people who like to read at night and need a source of light that imitates daylight. You will enjoy these antique-style lamps from an American manufacturer.

The works of Ayn Rand are read and discussed around the world. Her books arouse contradictory feelings and receive mixed reviews that vary from highly positive to highly negative. She managed to spread her ideas in academic settings and in the public. The sales of Rand’s book are tremendous. Whether you agree with her philosophic principles or not, the above selection is recommended for reading as a thought-provoking and motivational read.