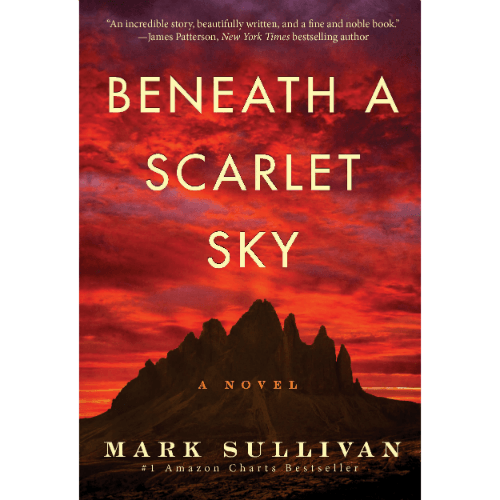 Due to his journalist’s eye and artist’s touch, Mark Sullivan created a great wartime epic. Beneath a Scarlet Sky is very compelling. The novel is about war, bravery, heroism, and people searching for a peaceful life against the background of the darkest moments in world history. This is a love story which touches even the most stoic readers.

In this Beneath a Scarlet Sky review, BooKKooks gives a short summary of the novel and reveals some unknown facts about its characters. 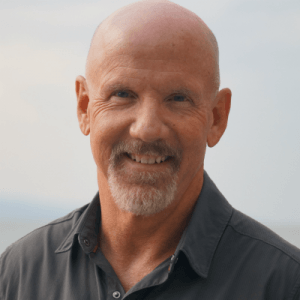 This book describes the true story of an innocent Italian teenager, Pino Lella, during World War II. This is a historical fiction based on the personal interviews of Mark Sullivan with then 79-year old Guiseppe Lella, Pino’s prototype. This is also an extensive research work of the author which he completed over a 10-year period.

As a journalist, Sullivan planned on writing a biography of Guiseppe. Unfortunately, the Nazis destroyed almost all the files and documents before they surrendered, and it was impossible to make an accurate and complete story. Therefore, the author decided to write it in a fiction format.

In the center of the story is a normal 17-year old boy, Pino Lella, who is obsessed with girls, music, and wine. The novel describes the life of this teenager during WWII (between June 1943 and May 1945).

The Nazis were trying to keep a hold on Italy and started bombing Milan. Pino’s home and family store were destroyed. To help him escape the occupation, his parents send the boy to Father Re, a priest who ran a school and a summer camp for boys in the mountains.


Pino’s new friends teach him how to drive a car. Soon, the boy begins to guide Jewish refugees over the mountains to Switzerland. He returns to Milan. 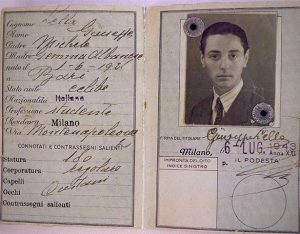 In a few weeks, Pino will be 18. To avoid the draft, he agrees to join the German army to keep suspicion away from his family. Eventually, he becomes a driver of general Leyers, Hitler’s commander in Italy. This is a great opportunity for Pino to start spying on Leyers for the Italian resistance.

The boy falls in love with Anna, a young widow 6 years older than him. She works as a maid for Molly, Leyers’ mistress. Their love grows while the situation in Italy becomes more desperate.

In April 1945, Pino arrests the general and delivers him to the resistance. Anna was planning to leave for Innsbruck, but the escape doesn’t succeed. Anna was killed (spoiler).

In the last chapter, readers learn that the young man survived in that war and became a businessman. He never fully recovered from what he saw and what he lost. However, he was married twice and had 4 children. The book leaves some questions unanswered and allows readers to make their own conclusions.

Also read Man’s Search for Meaning book review by Viktor E. Frankl. This novel about memoir of a Holocaust survivor will surely interest you!

This is a brief synopsis of a big story which should be read by everyone. You may find it also on SparkNotes. By the way, Guiseppe Lella is now in his nineties, and he is still living in Italy.

This captivating story, a mixture of tragedy and heroism, is highly rated by critics and regular readers. Beneath a Scarlet Sky has become a Goodreads Choice Award finalist as a non-fiction book. In 2017, it was among the top 20 of most-read books on Goodreads.

The novel was compared with iconic WWII black and white photos with faces of tears and hope.

Though, there are some critical reviews which state that the narration in this literary work is a bit statistic (maybe under the influence of Sullivan’s journalistic job) and lacks vivid dialogues.

Beneath a Scarlet Sky has all the elements for a great movie. The producer of Spider-man: Homecoming, Amy Pascal, has already acquired the rights to make a film of the book.

Released on May 1, 2017, the novel occupied the 3rd position on Amazon’s Most Read Charts and spent almost 18 weeks on this list. USA Today listed the novel in 5th position. It also reached the top on a weekly e-book general chart in Seattle. Beneath a Scarlet Sky was sold in 10 languages at the Frankfurt Book Fair.

This is a paperback edition of Beneath a Scarlet Sky which has dimensions of 5.5 x 1 x 8.2 inches. It weighs 1.2 pounds and includes 524 pages. The text is portrait-oriented. The cover features a huge black mountain (the Alps in the narration) against a scarlet cloudy sky.

Want to find out more exciting novels that are already known all over the world? See selection of the best books of 2018 and write about your impressions! 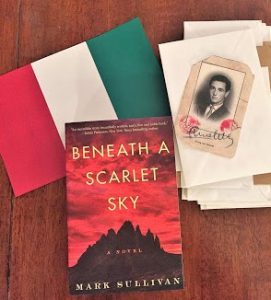 This is a great book for people who love history and who are attracted by stories of courage and passion. The thing to remember is that no matter how much everything is falling apart around you, you should have faith that everything will be alright.

People should live with this positive and inspirational feeling and understand that hope will help to overcome any difficulty.

The novel is highly recommended for reading. This dramatic true story is worth your time.