Man’s Search for Meaning is written by Viktor Frankl, a Holocaust survivor and Australian psychiatrist. During World War II, he was imprisoned and spent three years as a laborer in the Nazi ghettos in Dachau and Auschwitz.

After his release in 1945, he worked as a professor of psychiatry and neurology at the University of Vienna. In his book, he described living in the Nazi death camps, where he could survive only with the help of his own theory of logotherapy.

His works on this theory are viewed as the third Viennese school of psychotherapy after Freud and Adler. Here is a short summary on the most prominent of his books. 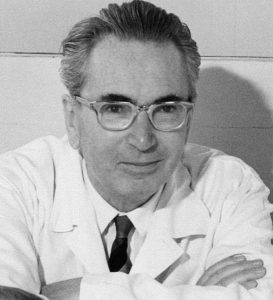 In 1942, Viktor Frankl, along with family members, was captured and imprisoned for three years in concentration camps. As a founder of the school of logotherapy (a form of existential psychology), he survived due to his philosophic ideas.

The core of his theory is based on a conviction that the basic human drive is not pleasure but the search of what is meaningful for us. All people tend to feel hopeless in suffering. If humans cannot avoid this, they have to find ways to cope with it and pursue meaning in it. The author explains how to find spiritual survival in suffering.

The book is based on the stories of his patients and his personal experience in death camps. The author highlights that we should see our purpose even in the worst situations in our life to be able to cope with it.

The book includes descriptions of Frankl’s personal life and various quotes from other psychoanalytic schools. The author puts forward his philosophic ideas in three sections. The first section illustrates the horrors of the Nazi camps that every prisoner had to face. People here are gradually transformed and develop various pathologies. They pass through three states including phases of shock, apathy, and depersonalization. In the recent decades, the true meaning of love and life has depersonalized either.

In the second section, readers learn about logotherapy (“logos” stands for “meaning” in Greek). Frankl explains every concept of his theory, introducing existential frustration, responsibility of survival, and existential vacuum. He describes the techniques and process of the therapy, showing various case studies and numerous figurative examples.

We also offer to read Where the Crawdads Sing book review. This successful novel by Delia Owens is already famous all over the world!

The third section is devoted to readers who wish to begin with the principles of logotherapy. Frankl tries to say that depression, aggression, anxiety, and obsessive behavior can be easily managed through logotherapy. This part of the book is a little exhaustive to comprehend, but this will be necessary and useful for a practicing therapist.


The book explains how and where we can find purpose in our life, so that even a despaired reader can find a solution. Frankl also highlights that suffering is not a necessary condition to find sense in one’s life, and it can be avoided.

Overall, this theory is close to the knowledge of Indian philosophy, where Lord Krishna explains that people can find meaning in any terrible situation and how pain and distress may be looked on in a different way. 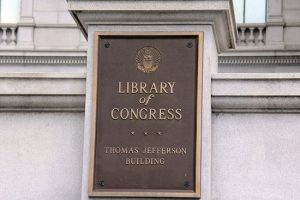 In 1991, readers were asked to choose a book that changed their lives for the library of Congress. According to their survey, Man’s Search for Meaning was in the top ten.

Besides that, Frankl’s books were translated into 24 languages.

Frankl’s works and his theory inspired other theorists like Stanislav Grof and Abraham Maslow to consider the influence of esoteric elements of the human experience more seriously and contributed to their transpersonal psychology. A lot of other researchers supported Frankl’s ideas; for example, Canadian philosopher Paul Thagard, in his book The Brain and The Meaning of Life, discusses similar things.

However, there are some critical reviews that claim that the book lacks presentation of procedure, practice, and validity of logotherapy. The author fails to explain how his techniques can be integrated into psychotherapeutic process.

Originally, the book was published in 1946 in German. In 1959, it was issued under a different name, From Death-Camp to Existentialism. Now, there are 220 editions of Man’s Search for Meaning worldwide with more than 12 million copies in print. This edition went on sale in 1959 in the United States.

This book is rather short, but it is a worthy read. Its dimensions are 5.7 x 0.8 x 8.7 inches, and the weight is 10.6 ounces. It counts 176 pages. This is a hardbound edition which features the title page colored in greyish with a lonely red bird sitting on barbed wire. The text is portrait-oriented.

Learn more about the coolest books of 2018 to enjoy worldwide famous masterpieces as soon as possible. This list will pleasantly surprised you!

Man’s Search for Meaning is a great book, especially when you feel beaten or lost. The reading is in no means depressive. It helps see our own challenges and problems in a different light because everything could be much worse. It is very inspiring and teaches to be thankful to every little mercy in our life. BooKKooks would strongly recommend this masterpiece for reading.