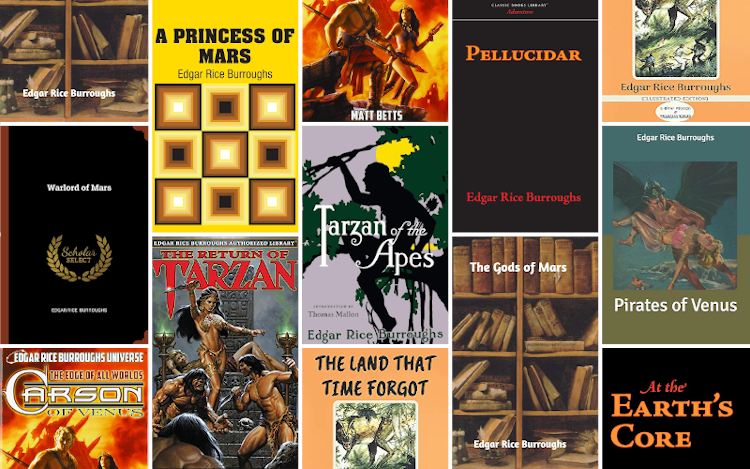 In this post from BooKKooks, you will discover top novels from Edgar Rice Burroughs (1875-1950), a famous American writer, one of the founders of fantasy and science fiction genres. He is best known for creating his jungle hero Tarzan. Burroughs’ imagination knew no bounds and his pen ranged from primitive Africa to the American West and far beyond the stars.

He created the whole universe, with each book series containing a number of themed novels. This list of the most remarkable novels features books from various series and is ranked according to their popularity.

Tarzan of the Apes: Welcome to the Jungle 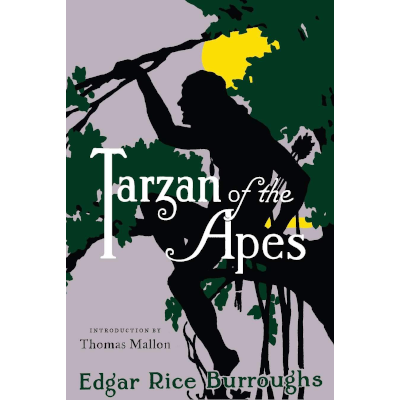 Tarzan of the Apes is the first book about Tarzan adventures that appeared in 1912 and captured the minds and imagination of American readers immediately. The triumphs of the character in Hollywood, on television and radio made him an international cultural icon. That popularity forced the author to continue the series with 2 dozen sequels in the 1940s.

The plot of the book is well known to most readers. Tarzan is a son of a British lord and lady marooned by mutineers on the Atlantic coast of Africa. After the couple dies, a white-skin infant is raised by a she-ape in the African jungles. He speaks their language and becomes the most respected and feared creature in the jungle.

The protagonist was created as a superhero having no flaws: handsome, athletic, courageous, loyal, and intelligent. Later, he experiences civilization but rejects it and returns to the wild.

A Princess of Mars: First Novel of the Martian Series 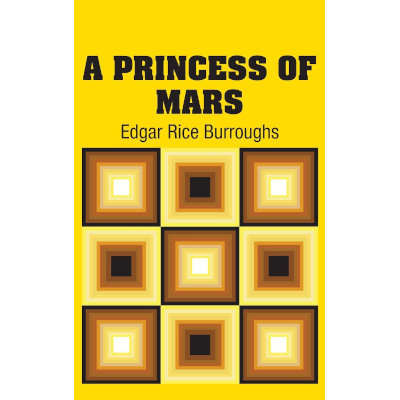 Like many other writers, Edgar Rice Burroughs was attracted by the Martian myth despite the fact that science claims that this planet had no life. The author started writing his Martian adventures in 1911.

A Princess of Mars is the first novel from the thrilling 11 books in the series. The odyssey begins when John Carter, a Civil War veteran, finds himself on the red planet (Barsoom) through the powers of a magical cave. Immediately, he is captured by 6-limbed, green-skinned giants.

He discovers that the gravity on Mars is weaker than it’s on the Earth. That gives him an advantage in strength and allows him to jump like a giant grasshopper. On Barsoom, he continues to combat among rival tribes. When his captors take a human-looking princess of the city of Helium (Dejah Thoris) as a prisoner, Carter calls on all his courage and ingenuity to rescue her.

Pros
Cons
If you like to read before you go to sleep, make sure that you have enough support for your back and shoulders. With the best pillow for reading in bed, you will get rid of neck pain that distracts your attention and brings discomfort. 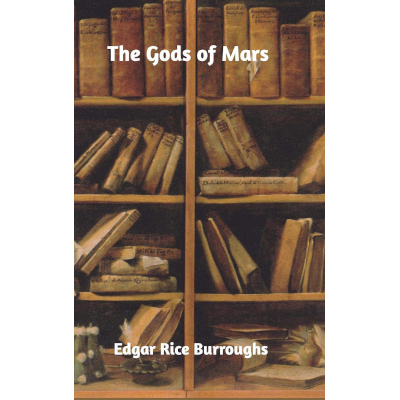 This book is the second in the Barsoom series. At the end of the first book, John Carter is transported to the Earth against his will. This time, he returns to Mars after 10 years of exile and separation with his wife, Princess Dejah, and the nation of Helium.

Unfortunately, the main character materializes in the wrong place on Barsoom. He is trapped in the Valley Dor, the land of the dead, from which no one has ever escaped. This heaven appears to be not a land of legend but a world full of cannibalistic slavers and deadly beasts who exploit the pilgrims. The novel describes the Barsoomian religion and racial tensions. Carter reacts angrily that some races are controlled by others and decides to destroy that religious infrastructure.

Also, the protagonist reunites with his friend Jeddak Tars Tarkas. The entire book is spent in his pursuit of returning to Dejah who had disappeared. When he finally finds her, she is taken once again.

The Return of Tarzan: Second Book in the Tarzan Series 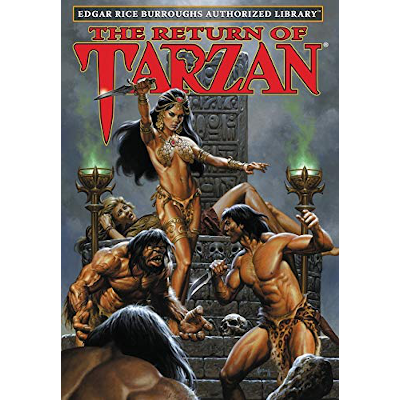 The first novel ends with Tarzan rescuing Jane Porter from a forest fire. He conceals his identity as the true Lord Greystoke not to interfere with her marriage to his cousin who inherited the title after Tarzan’s father died and left no heir. This sequel offers Tarzan and Jane another chance.

The ape-man returns to France to visit his friend, who helps his grieving comrade get a post in the French Secret Service that will suit his adventurous nature. Before his path crosses with that of Jane and the couple reunites, the reader will witness a duel, a shipwreck, espionage, political scandals, attempted murders, suicide, a lost race, lion attacks, and ancient treasure. Expect to see a lot of rescues, escapes, and jeopardies.

Pros
Cons
To get acquainted with other thrilling novels that get your adrenaline going, read the post about 100+ best adventure books. New editions of the books, which you may know since childhood, are really adorable.

Pellucidar: in a Hollow-Earth World 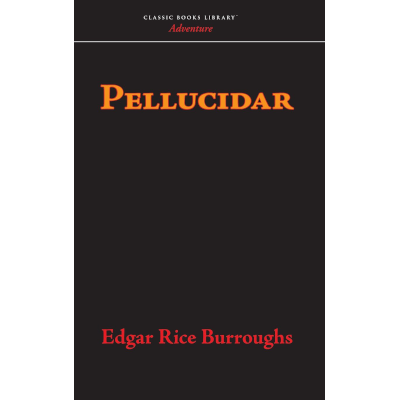 This is the second book from seven written for the Pellucidar series. The first novel describes the adventures of David Innes and Abner Perry in the incredible world inside the Earth full of primitive monsters. Intelligent but sinister reptiles are the dominant species and control humans who stuck in the stone-age civilization period. The story ends with Innes returning to the outer crust to bring tools, arms, and books to advance subterranean people.

In the book #2, he returns to Pellucidar with weapons and technological know-how. He leads a federation of the inner world in a battle against slavers. The situation is complicated by the kidnapping of Dian, the beautiful human-like empress. So, it makes the protagonist enter a greater battle. 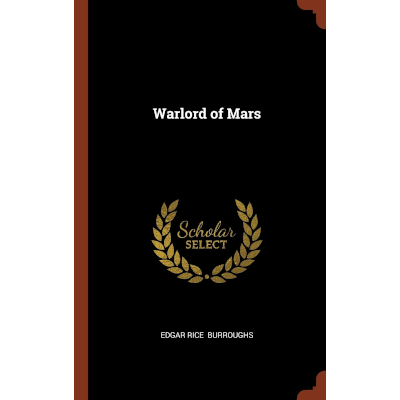 Trying to spread the truth and free Barsoom citizens from slavery, Carter has to pay a price for his good intentions. In the third book of the Martian series, he risks his life rescuing his beloved wife, Princess Dejah, who was imprisoned by his enemies in the vault of the Temple of the Sun. This cell can be accessed only once in a Martian year.

The protagonist meets his old friends, and his adventure brings him to the mysterious North Pole. Actually, the story is one big chase scene. However, it is not tiresome to read about the feats of this lucky guy, whose character was created before Captain America and Superman appeared.

Pros
Cons
Multifunctional bifocals serve as both safety and reading glasses. Some models even come with a tint and eliminate the necessity of buying sunglasses. Discover the top bifocal reading glasses for men and women.

Pirates of Venus: the Beginning of Another Exciting Series 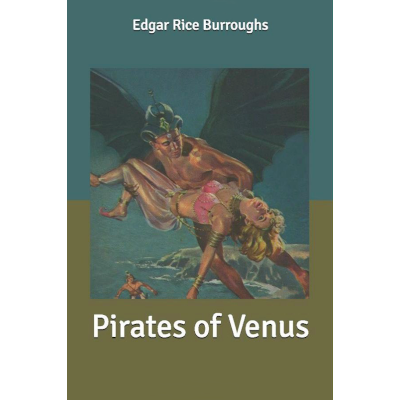 Pirates of Venus starts the Venus series of Burroughs’ books, which involves other planets and their inhabitants. The protagonist Carson Napier launches his rocket ship to Mars, but because of a miscalculation, he crash-lands on planet Venus.

The main character is a modest but confident man of good breeding who lacks Tarzan’s power and Carter’s remarkable ego. He is not a superhero, and this makes his adventures more exciting.

Carson is aware that this is a one-way trip. He has to survive in this unknown world until other rockets from the Earth rescue him. In this book, readers will find exotic animals and plants, monsters, winged men, cities on tree branches, and forbidden love, of course. Spoiler: Carson falls in love with the Emperor’s daughter, Duare.

At the Earth’s Core: Acquaintance with Pellucidar 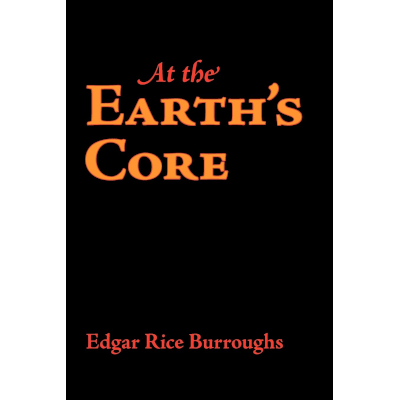 This 1914 fantasy novel is the first book in the Pellucidar series. Professor Perry invents and builds a giant manned burrowing machine (called the Prospector) hoping to uncover mineral deposits beneath the surface. His ex-student and a wealthy man, David Innes, finances the project. During a test run, something goes wrong, and the vehicle breaks through the Earth’s crust.

The two men discover the thickness of the crust is only 500 miles, and its center is not a mass of white-hot magma. They come upon lush jungles, vast oceans, and eternal noon, so everyone there loses track of time. That is a mysterious realm of Pellucidar, a savage subterranean world inhabited with prehistoric beasts and primitive cave people who are subject to evil reptilian masters. The adventurers come to the rescue in their struggle for freedom.

Pros
Cons
Jack London is famous for his adventure books, and his novels are still top-selling. Find the selection of the best books by Jack London well known around the world and for many generations of readers. 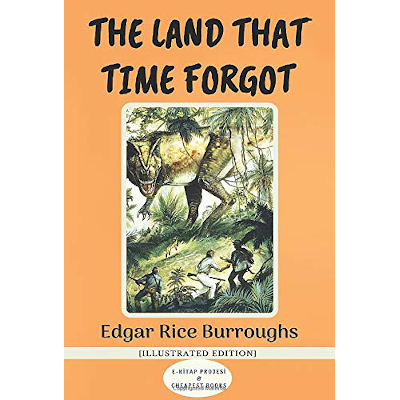 The first edition of The Land That Time Forgot came out in 1918, but the novel is still popular. This is the first book in the Caspak trilogy, which describes the lost continent of Caprona and the adventures of the first people who set foot here. This fantasy novel starts as a wartime sea adventure, and then it develops into a lost world story where the slow progress of evolution results in flora and fauna metamorphosis.

A man finds a floating bottle with a manuscript inside describing the happy salvation of the writer (American passenger Bowen J. Tyler) after a shipwreck and his subsequent capture by a German submarine. They sail towards Greenland, but being short of fuel, they have to disembark on a tropical island. Filled with strange biological specimens and Neanderthal men, this uncharted world is not hospitable.

Carson of Venus: The Edge of All Worlds 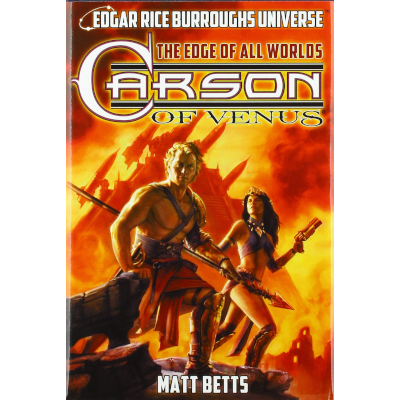 This is the third book in the fantasy adventures of the Venus series. Carson Napier and his love Princess Duare are in search of a new home because the Earthman violated the taboo of speaking to her and confessed his love. The couple tries to find a new place in Sanara, the city under siege by the Zani.

The ruler of the city sends the protagonist on a secret mission, while his only goal is to claim the Princess and get rid of Carson. Then, the main character is back to rescue the ever in peril Duare.

Here are some unknown facts related to the best Edgar Rice Burroughs books described above and the author himself.

If you know more interesting facts about this author and his books, leave them in the comments below.

Even after Burroughs’ death, his novels have a hypnotic influence on readers. They withstood the test of time and stayed in people’s hearts and minds. You can catch a glimpse of his characters here and there. The author’s prolific output still inspires people of art to use the images of his characters in their works. The list of his novels is endless, so you may start your own journey with the picks selected for you above.