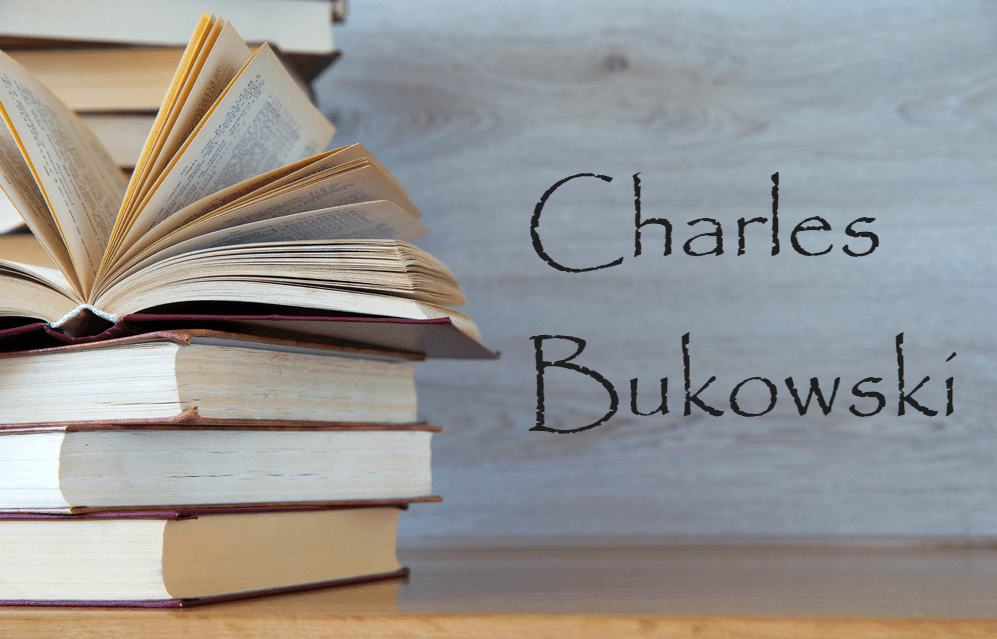 American writer and novelist Charles Bukowski dedicated his life to distinguished writing; he spent a life rich in wonderful moments from 1920-1994 as he was one of those who promoted so popular pulp-fiction in the middle of 20th century and he has created lots of well-known novels. Some of his masterpieces became popular both in the USA and outside its borders. This allows readers everywhere to enjoy this review of the best Charles Bukowski books ever. Continue reading to find out the best 10 selling books, both the top ranked and the worst copies.

The Last Night of the Earth Poems 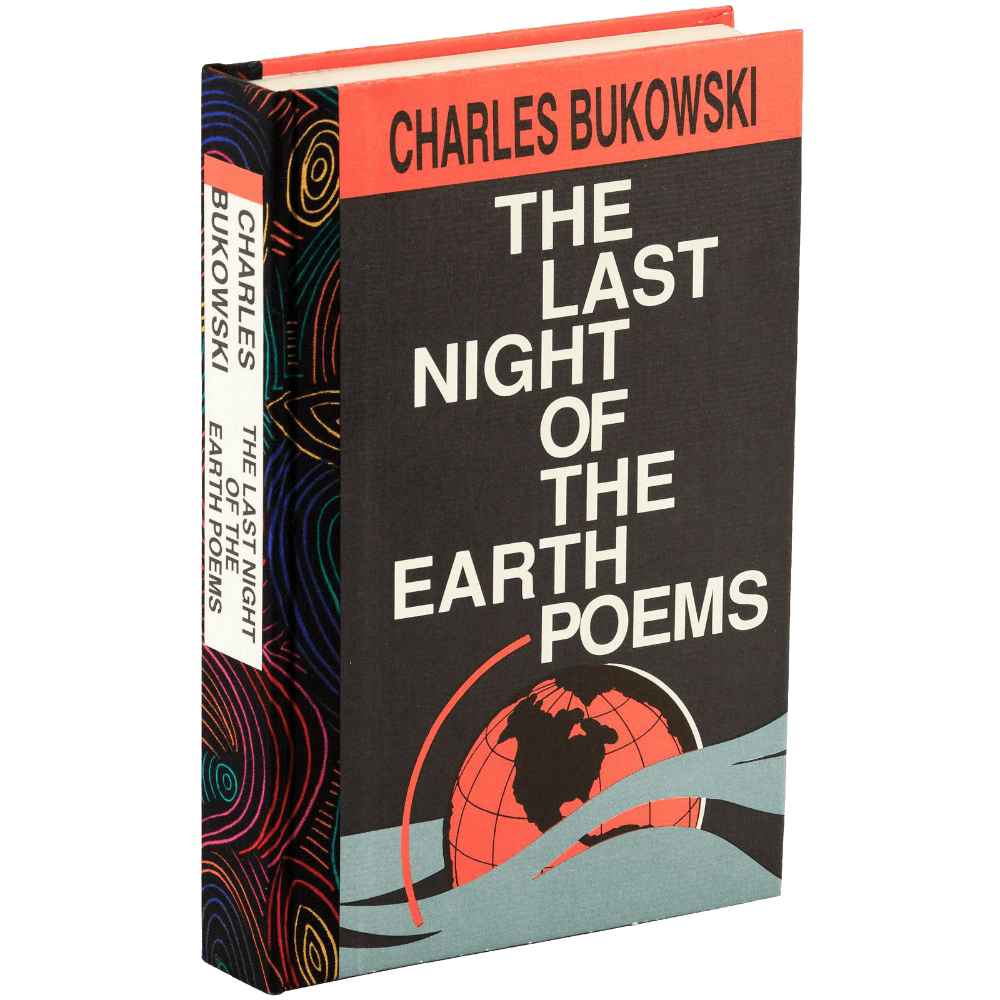 Bukowski’s style of writing can really resonate with everyone. In fact, if someone has something in common with main characters from The Last night of the Earth Poems they might think that it’s all about them. Especially since it concerns someone who faced living in the city, because the description is unique.

Bukowski’s way of thinking concerning existential principles deserves particular mention. Furthermore, he even arranged and transferred his feelings and emotions to his readers through the poems, which is done amazingly, despite not every poet taking the liberty to bring them to the world’s attention.

Poetry can play the role of something that calms you down and brings you balance when you are reading and getting into an emotional tornado. Unfortunately, nowadays, people unjustly neglect reading poems because they consider it old-fashioned.

The most important and obvious fact, which is present through the whole book, is that this copy was being written until his death. This significantly influenced his style of writing, as he described the piercing and frank emotions of getting old. However, the author tried his best to bring an idea to readers – that death is natural and as is the fear of death.

Love Is a Dog from Hell 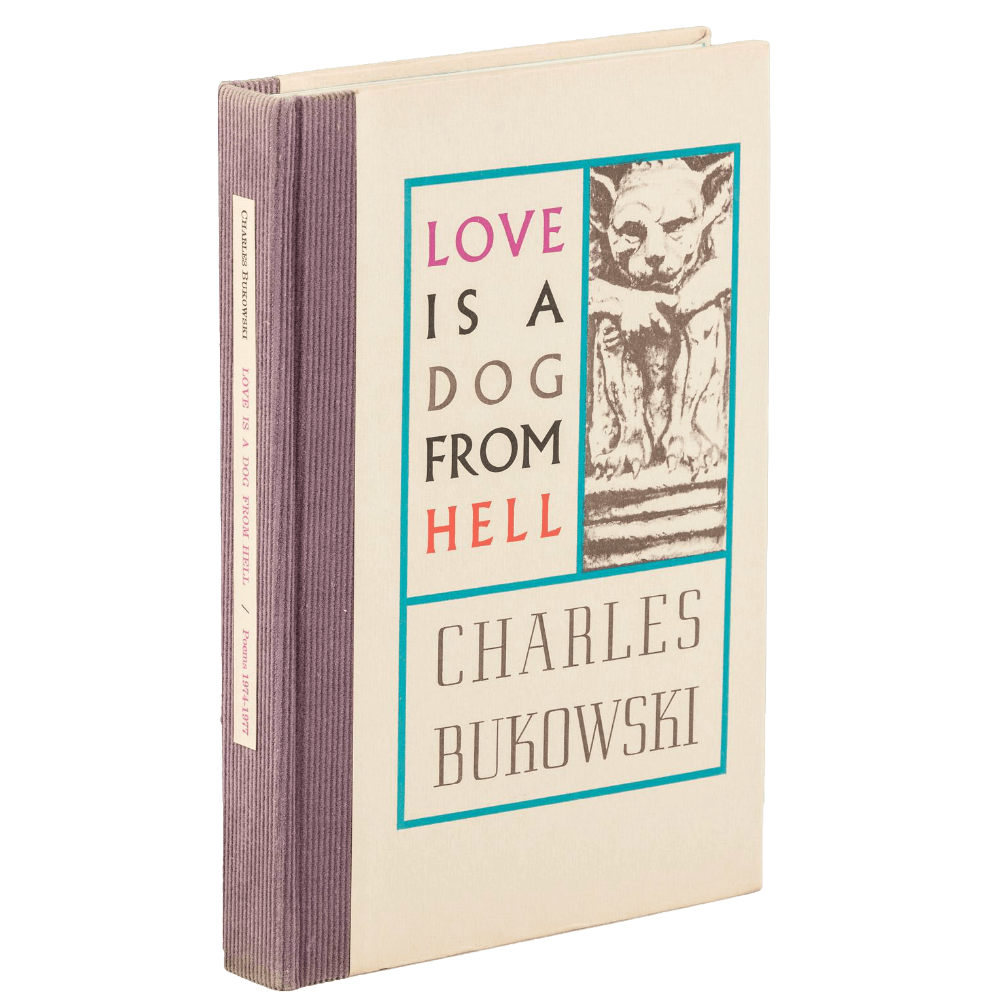 Bukowski put a significantly huge part of his soul into the book of poetry Love is a Dog from Hell. Consequently, it’s not a surprise that this item became the most famous book among his creations during his lifetime. Presumably, this success was achieved by the significant things that happened to him during this particular period of life, which promoted his desire to transfer powerful thoughts into his poetry.

Those who read copies for the first time might not always take him seriously or, even more, they may think he’s out of his mind. Step by step, poem by poem, readers literally allure themselves with his brutal approach of describing man’s wit, play on words, and outspoken emotions.

Unlike the previous participant in the review list (The Last Night of the Earth Poems) where he described his attitudes toward life and death, Love is a Dog from Hell might be obvious explanation of his great disappointment in love. However, this work is really hot and full of emotional ups and downs, where cruelty and passion are not the least.

The Pleasures of the Damned: Poems 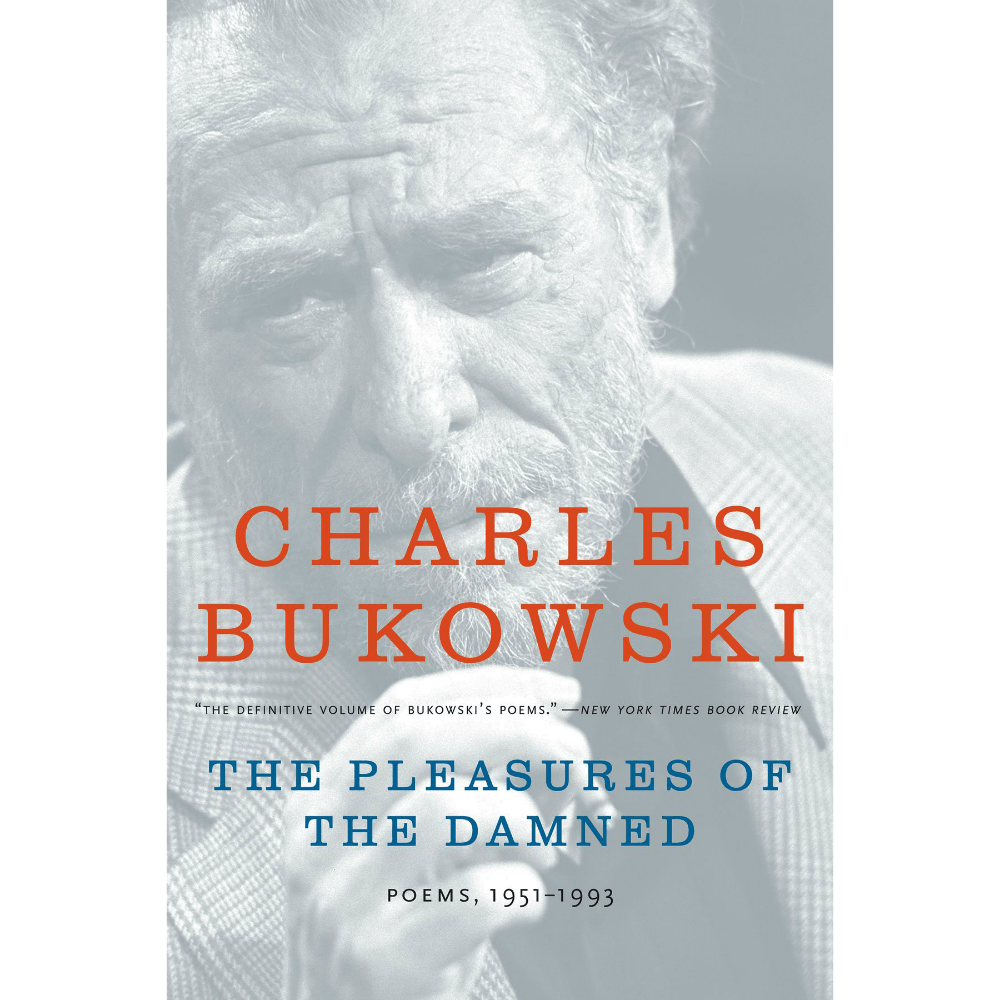 We know already that Charles was a gifted writer who had unique but valuable talents: his own philosophy and skills speak loudly and aptly. Thus, nobody who is familiar with his works is indifferent after reading; however, some of them felt disgust while the others felt sorry or even revived after those particular emotions were described in the text.

These verses are distinguished from others, as in fact, they are collected during his life till his death. Hence, the reader can watch his development from his years of maturity until the fading out. Thus, these were significant influencers of his disappointments, problems with health, and continuous binge drinking — these have adversely affected his poems. All his fails and success, his inner world is perfectly described through The Pleasures of the Damned: Poems.

However, the most important thing about this edition is that John Martin acted as an editor, which made these verses even more popular since he revealed the almost secret side of Bukowski’s soul. 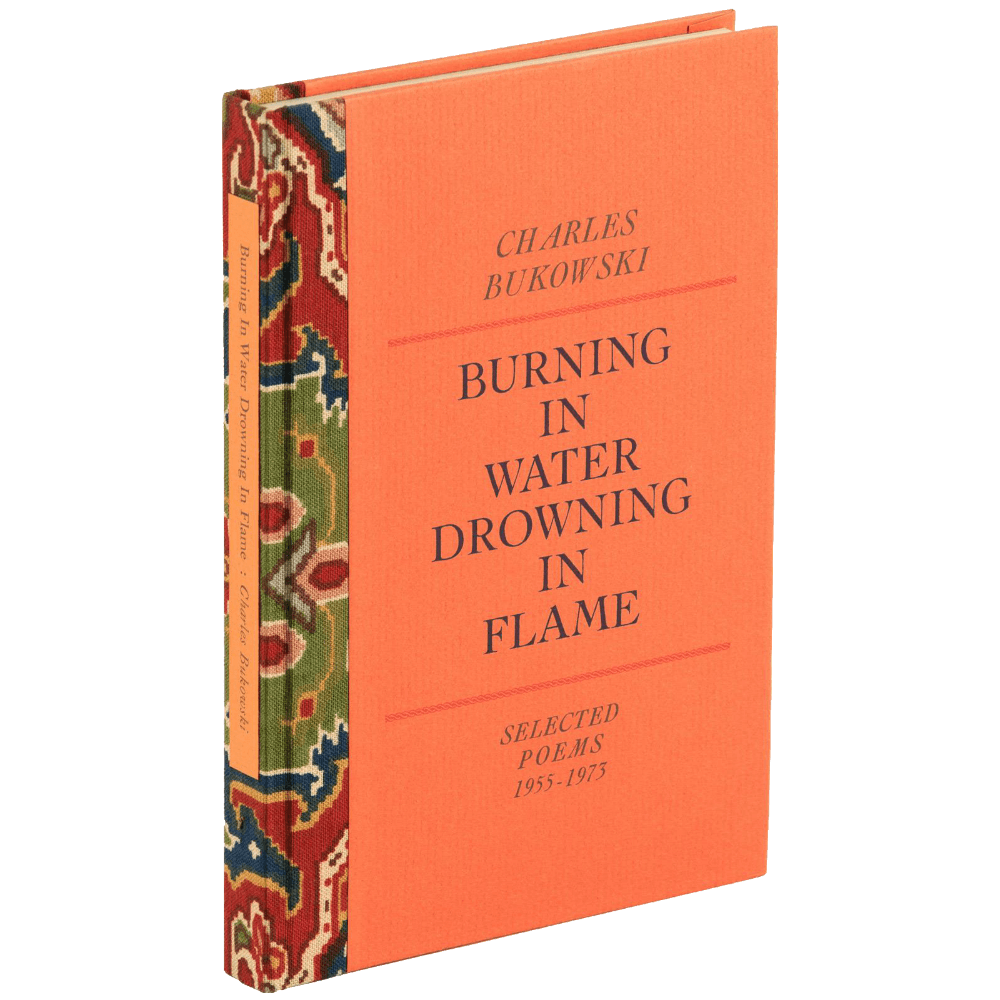 Burning in Water, Drowning in Flame: Poems is another sample which shows Bukowski’s fantastic wordplay and describing trivial things in a somehow astonishing way. There is no exception for booze and women, and for sure, not every person will enjoy reading such works. Furthermore, each of his books has to be the most favorite. But definitely, this book is worth being on the shelf with other works of his.

One of the reasons is that Charles was a master of telling stories and not like the usual writers who tried to make the reader think about particular episodes. He aims masterfully to leave an aftertaste of reading, and he made firm statements in both poems and prose, which were captured in readers’ minds eternally.

The Most Beautiful Woman in Town… 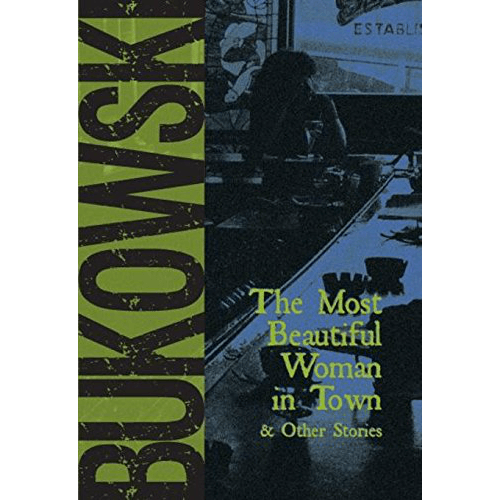 The Most Beautiful Woman in Town is full of Bukowski’s things – as the others, it has lots of scenes of alcohol, sex, drugs, and rock’n’roll. However, all of them have their own fun of the fair. Particularly, the beginning of the book is deep and likely the most favorite for lots of readers.

However, the rest of the poems which are included in this collection seem to be quite repetitive and have similar plots. However, they are deprived of logical consequence between each other, and it’s quite predictable, since they were published at different times and in different publishings. But there is one thing which appears throughout the whole book, and that is that the plot takes place in Los Angeles.

As you might have already guessed, this is another copy which shouldn’t be read in one sitting in order to get into the infected Buk’s pessimistic world. It would be better to divide the copy into several portions for enjoying such terrific language of contemporary literature. 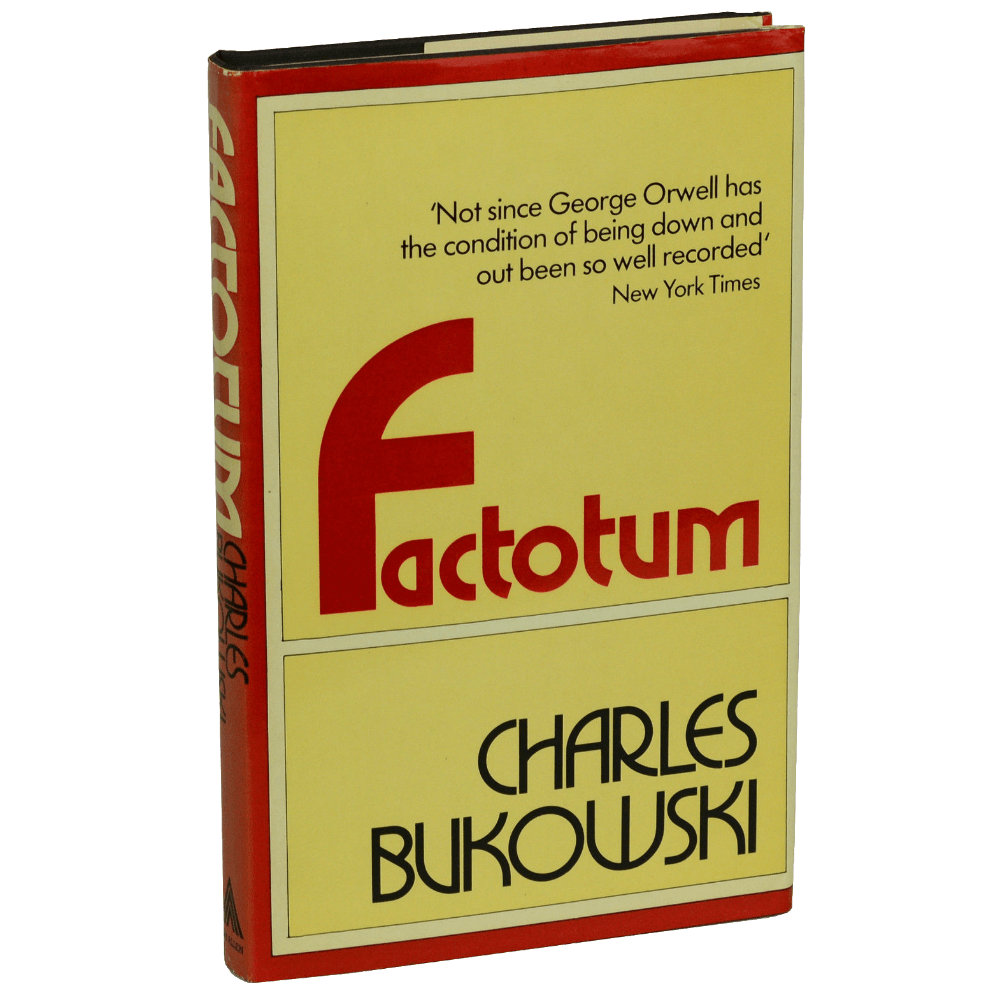 The Factotum novel describes a person (Henry Chinaski) who has a trivial life and who changes his jobs like gloves in order not to be fired from them. And of course, he spends his time boozing and having sex with random women. But aside from these statements, Chinaski desires to be a writer.

In fact, in Bukowski’s second novel, the writer asserted his similarity to the main character. Thus, some episodes where Henry applied for jobs and then he drank some alcohol and screwed with some colleagues at work – are no exception; they are real episodes from Charles’s life.

Ham on Rye became the fourth novel in a chain of stories about Henry “Hank” Chinaski. As we already know, Hank was the alter-ego who depicted the author, thus some stories were true. This part was written about the years of adolescence and the problems which usually appear at this age.

One of the characters who wasn’t deprived attention was Hank’s dad, who was always annoyed and furious. And, it’s no wonder that the victim of the dad’s anger was, of course, Hank. Besides all those rude episodes, Hank finds out the real world and behavior of managerial staff and girls’ ignoration.

Despite those fails and scenes of rudeness, the novel is fantastically mixed with Buk’s language; thus, it’s best read in one shot. 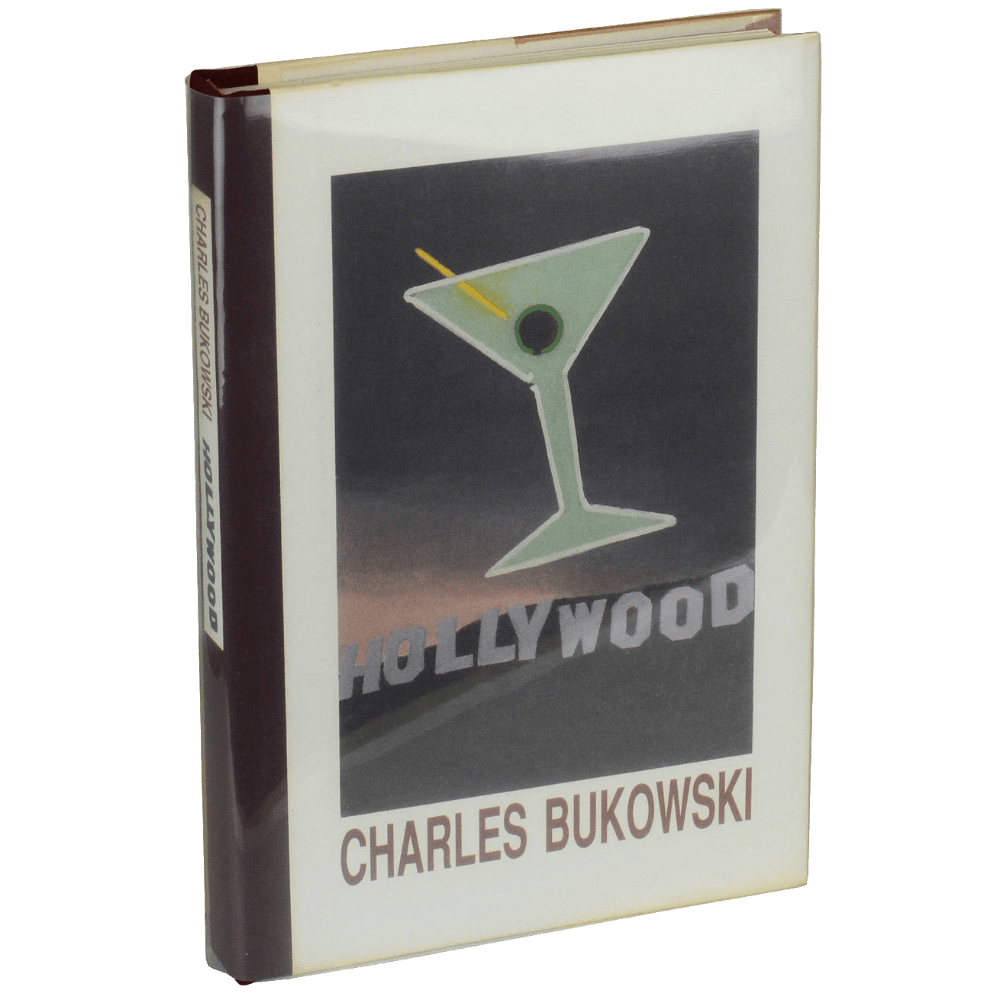 Hollywood is a continuation of the well-known Factotum, and after its success, the author decided to show the backstage of film creation in Hollywood. The main character, Hank, is asked to create a screenplay for a movie to be filmed.

As with all the previous works, this one is also overflown with sex, alcohol, and abuse. And Hank is struggling to reveal all the intrigues behind the scene. However, it seems that author has lost his muse after depicting all those characters in the story – they were each deprived of their own individuality.

Notes of a Dirty Old Man 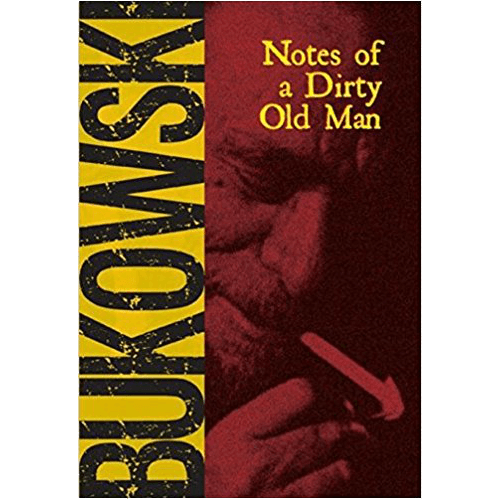 Well, Notes of a Dirty Old Man is something unusual among those which were described earlier. As the title suggests, this is a collection of stories which were published in various newspapers and magazines. However, the main character is still here, the author’s alter-ego. These stories are also not deprived of his branded style of writing, thus there are still lots of scenes of vulgarity and endless booze.

However, the most important goal of this work is to depict man’s struggling against the system and unwillingness to be like others, the man who wants freedom.

Besides being an inimitable realist with his own style of depicting the real world with its filth and disgust, but truly wonderful at the same time, Charles has created another well-known detective masterpiece entitled Pulp. However, since it is written in low quality language, Pulp was valued by genuine fans only, rather than readers who prefer reading the popular author Agatha Christie.

The story is about private detective Nick Belane who works in Los Angeles, and he received an appointment from a lady in red – and here is where the pulp fiction begins. As the title suggests, the plot is really strange for everyone who has never read pulp fiction: there appear aliens, something ridiculously strange happens to the detective, and other very weird stories.

This author had a really bizzare life, thus there are plenty of cool facts about him.

Charles Bukowski is extraordinary personality with his own style of writing and depicting trivial things. Some readers might skip his books because of his rude and vulgar way of writing; however, he has a legion of fans who always will be loyal to his style. Start reading some of his works, and for sure, you’ll be absorbed.Want to get more similar reviews follow BooKKooks!